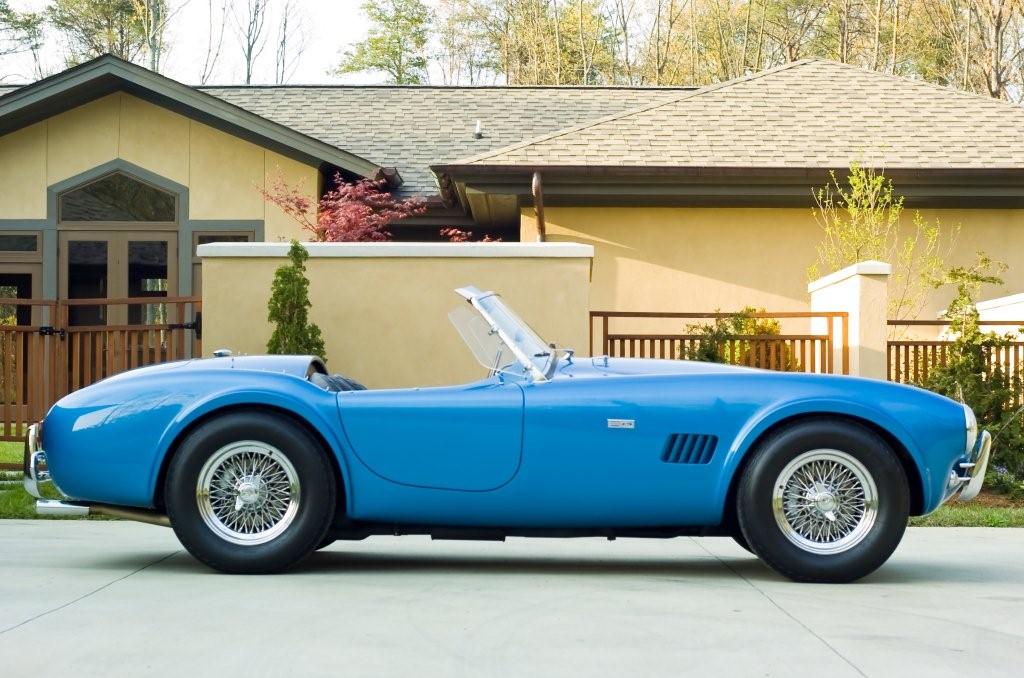 This car started with a motor, T-10 transmission, radiator, and differential from an original Cobra from Lynn Park’s collection of rare Cobra parts. Mike McCluskey did the Kirkham aluminum body to exact 289 specs and did the paint, suspension, brakes, and more. David Wagner did an excellent job on the final assembly, using many correct, original parts from front to rear. We hunted down some hard to find parts; all old SW gauges in an original Cobra dash, clock, glove box lock, alternator, surge tank, valve covers, intake manifold, cast iron exhaust manifolds, and much more. The trunk is complete with a spare, jack, top bows, and top.

Just for the record, I never have and never will describe this car as one built in the sixties. It is what it is, a car that was constructed to be as faithful to the original as possible with as many original period parts as possible.

Quote from Jim Maxwell, one of the most knowledgeable Cobra owners / enthusiasts / historians around, “It is the best recreation I have ever seen, and cars passed off as “original Cobras” have been constructed from less original stuff than this one. ” Jim posted this on the Club Cobra Forum.

Since these pictures were taken, a couple of minor details under the hood have been changed to more correct parts. I also found a real original AC horn button for it.

Since I bought 2384, I have learned a lot about originality. This is a good car, looks good and is fun to drive, but some of the things that I thought were original, aren’t. Most are close and would fool most people, but I can’t say that it is a standard by which to judge an original, correct car. Another thing I learned is that there are very, very few cars around that come close to being the way they were when they left Princeton Avenue. Some cars that I have seen represented as good original cars, aren’t even as close as this one to being correct.