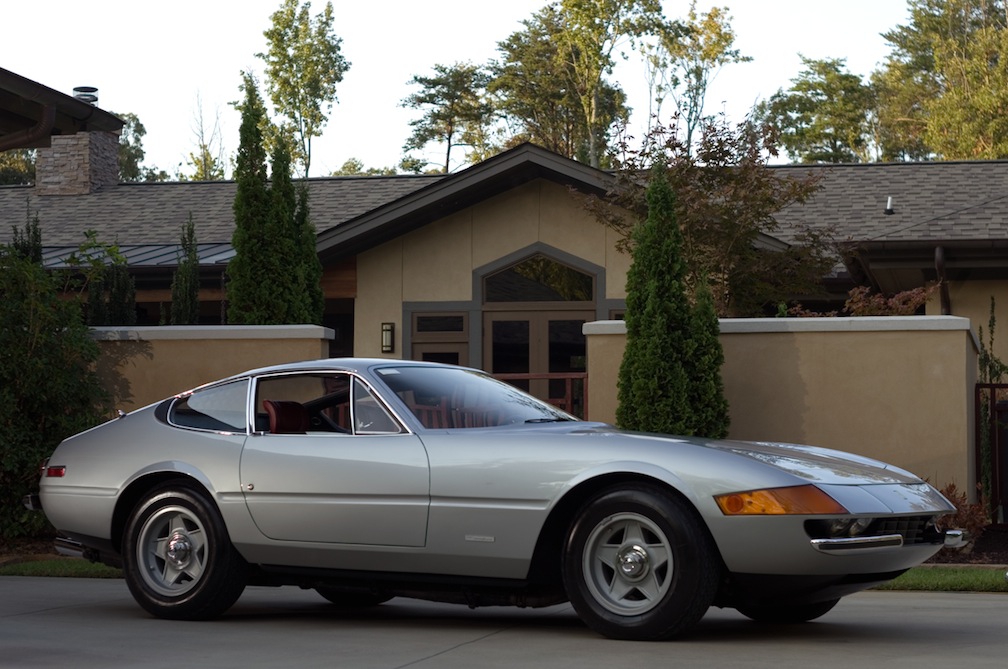 Purchased new in 1973 by Mr. Charles Casper of Pittsboro, NC.
Mr. Casper kept the car for 36 years, driving it only 8500 miles.  I have spoken with Mr. Casper about the car’s history. There is no radio in the car and I’ve read that Daytonas came with dealer-installed Becker, Blaupunkt, or Voxson radios. According to Mr. Casper, he picked the car up directly from Chinetti-Garthwaite, the Ferrari importer in Paoli, NJ.  It was never delivered to a dealer (even though Chinetti was a dealer at the time), and no radio was ever installed. I planned on installing a radio, but since this car never came with one, decided to leave it as delivered.

In 2009, Mr. Casper sold it to Bud Sherrill, one of the owners of Foreign Cars Italia, the Ferrari dealership in Greensboro, NC. During the next year, Mr. Sherrill had $20,000 in maintenance done to the car in the shop at FCI. All the records are with the car listing everything that was done, mostly things that were to be expected for a car that hadn’t been used much. It doesn’t appear that he ever drove the car. In Late 2010, it was sold to Steven Blankenbeckler, a collector. Steven drove it about 400 miles and decided to part with it when he found and bought an original paint, low mileage 300SL.  I bought it from Steven through Paul Russell and Company.
I have driven it a few hundred miles and love it. We replaced the starter but kept the original one, changed the plugs and the oil.
I had always heard stories about how the Daytonas were tough to drive at low speed but really came into their own doing what they were designed to do, high speed travel. The second part is true, but I don’t find it hard to
drive around town, either. The steering is not as heavy as I had been led to believe, or maybe I’m just used to driving older cars with heavy motors and no power steering.
The car is remarkably original, inside, outside, and under the hood, very low mileage, and complete with the
jack, tools, books, boxes, and everything that should be with it. When you see it, there is no doubt that it is an honest original car. There is enough patina to convince you of it’s provenance, but it is still very presentable.
While most Daytonas have been restored, this one is still original. As they say, you can restore one as many times as you want, but they can only be original once.

October 15, 2011  16993 went to the Euro Auto Festival at the BMW Zentrum.  From about 300 cars, it won the Keynote Speaker Award.  The Keynote Speaker was Matt Stone, former Motor Trend editor, automotive journalist with ten books, Chief Class Judge at Pebble Beach  and a judge at Amelia Island Concours.  I didn’t bring the car with aspirations of winning anything, but evidently Mr. Stone liked it.

In order to receive Classiche Certification, a car is sent to a participating dealer for examination. They keep the car for several days and take dozens of detailed pictures of all parts of the car and all numbered components. If it passes at the dealer level, the pictures are sent to Maranello where the numbers are checked against Ferrari records and the pictures are examined closely to verify that all the numbers match and everything is correct. This process took about three months from beginning to end. The Ferrari factory sends a nice binder with all the pictures and a document signed by Pierro Ferrari certifying the car.  While this may not rate the car’s current physical condition, it does prove that all the components are correct and original to the car.

January 21, 2012.  I took the Daytona to Palm Beach for the major Ferrari only event, judged by IAC/PFA (The International Advisory Council for the Preservation of the Ferrari Automobile) rules.  These are the same rules used at Pebble Beach and many of the judges judge both events. 16993 received a Platinum First in Class award. It also won the award sponsored by Ferrari for the Best Certified Ferrari. Platinum is the highest award and is based on originality and quality. I think it is rare for an unrestored car to receive a Platinum award because it is hard for an original car to meet the standards for paint and detail quality. (One of the judges took several pictures of the shipping box and the string with the Ferrari seal stamped in lead because they are so rare to see.) 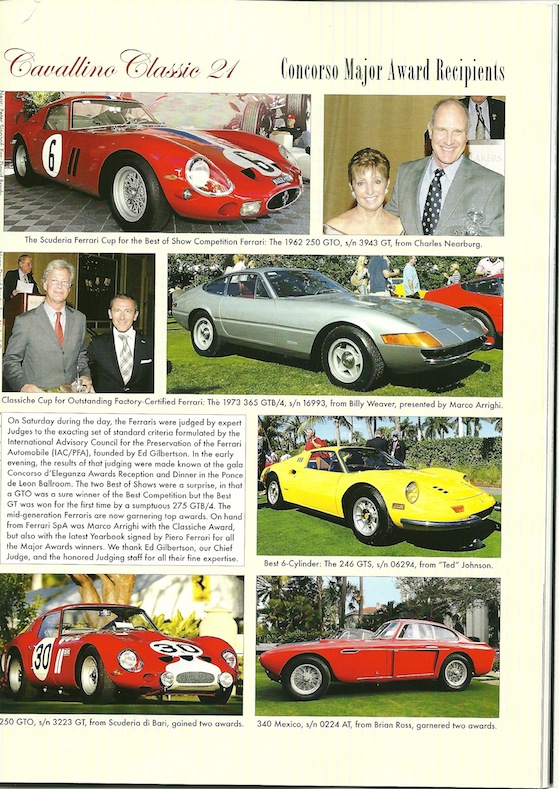 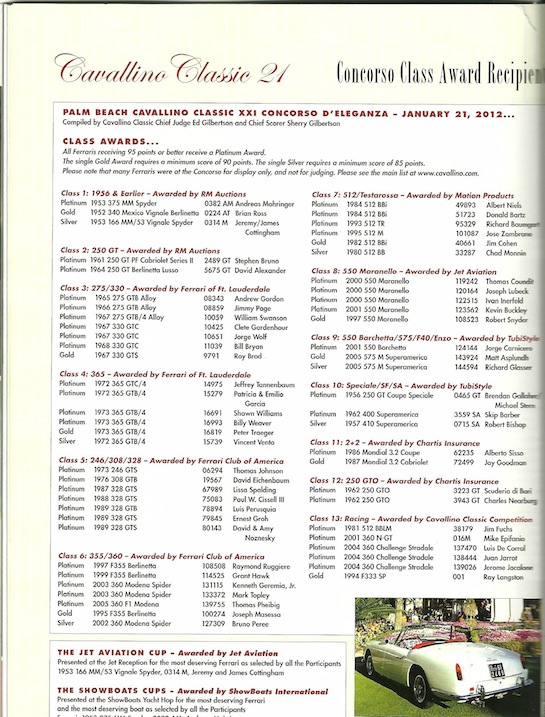 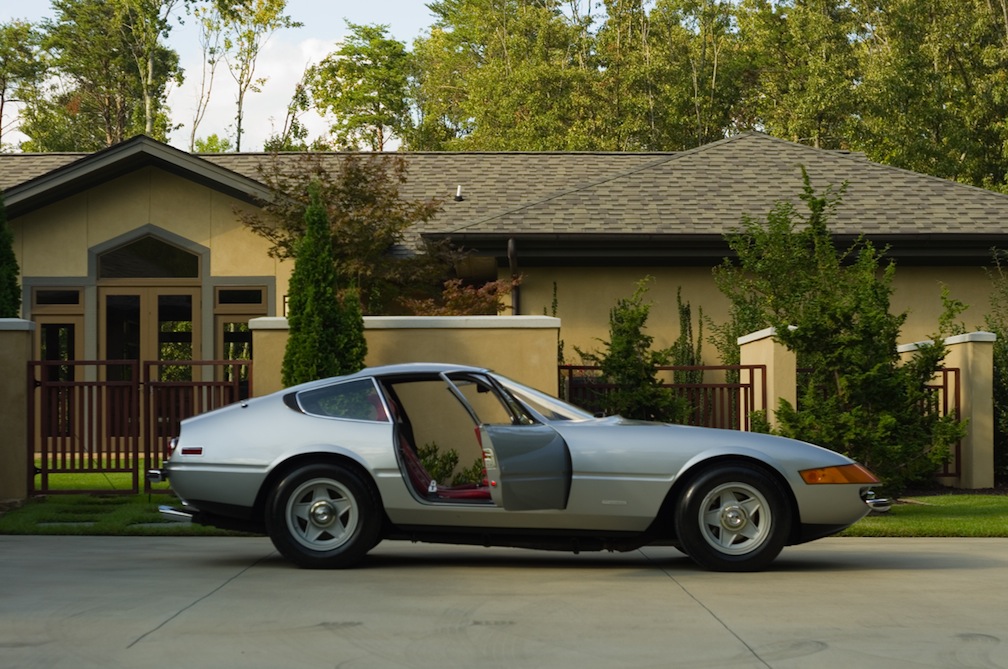