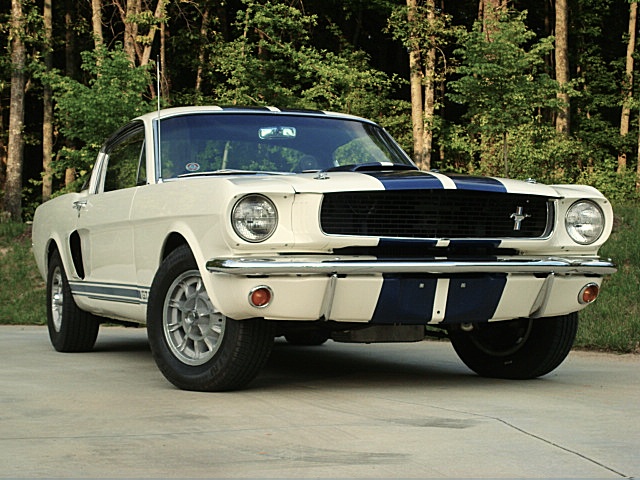 6S2292. Rotisserie restored in the nineties. After the restoration, it was not driven except onto show fields. I did a few things to get it in good running order and have put about 1000 miles on it since.

Sold new at Dockery Ford in Morristown, NJ. First owner’s name not known but
thought to be someone in the service who was stationed at Fort Benning in
Columbus, Georgia. H.T. Bowen of Clayton, GA, purchased it in Columbus in the late sixties. Mr. Bowen has confirmed that 2292 was a rear seat delete car when he bought it (Mr. Pardee tells me that this car came with a rear seat but it must have been removed early in its life.). He later sold it to Dan Burke of Carrolton, GA, who kept it for couple of years and then in 1977, it made its way to Gary Jones of Clayton, GA. All three owners knew each other and were from the same area of Georgia. All three have confirmed that is has always been a good, solid, rust free car.

Gary Jones kept it in his collection of cars for several years then had James Kinney restore it to win shows. He won several first place trophies in the early nineties then stored the car. Gary had owned it for 28 years, to the day, when I bought it from him.

Jacky Jones, well known Ford expert and collector, recommended the car to me. Jacky knew it was a good car before it was restored, knew the owners, and knew the restorer.  I changed the tires for slightly bigger Michelin radials but kept the original bias ply tires. I have checked the hidden Ford VIN with Howard Pardee, the Shelby registrar for 66 models, and he verified that it is correct for this car.