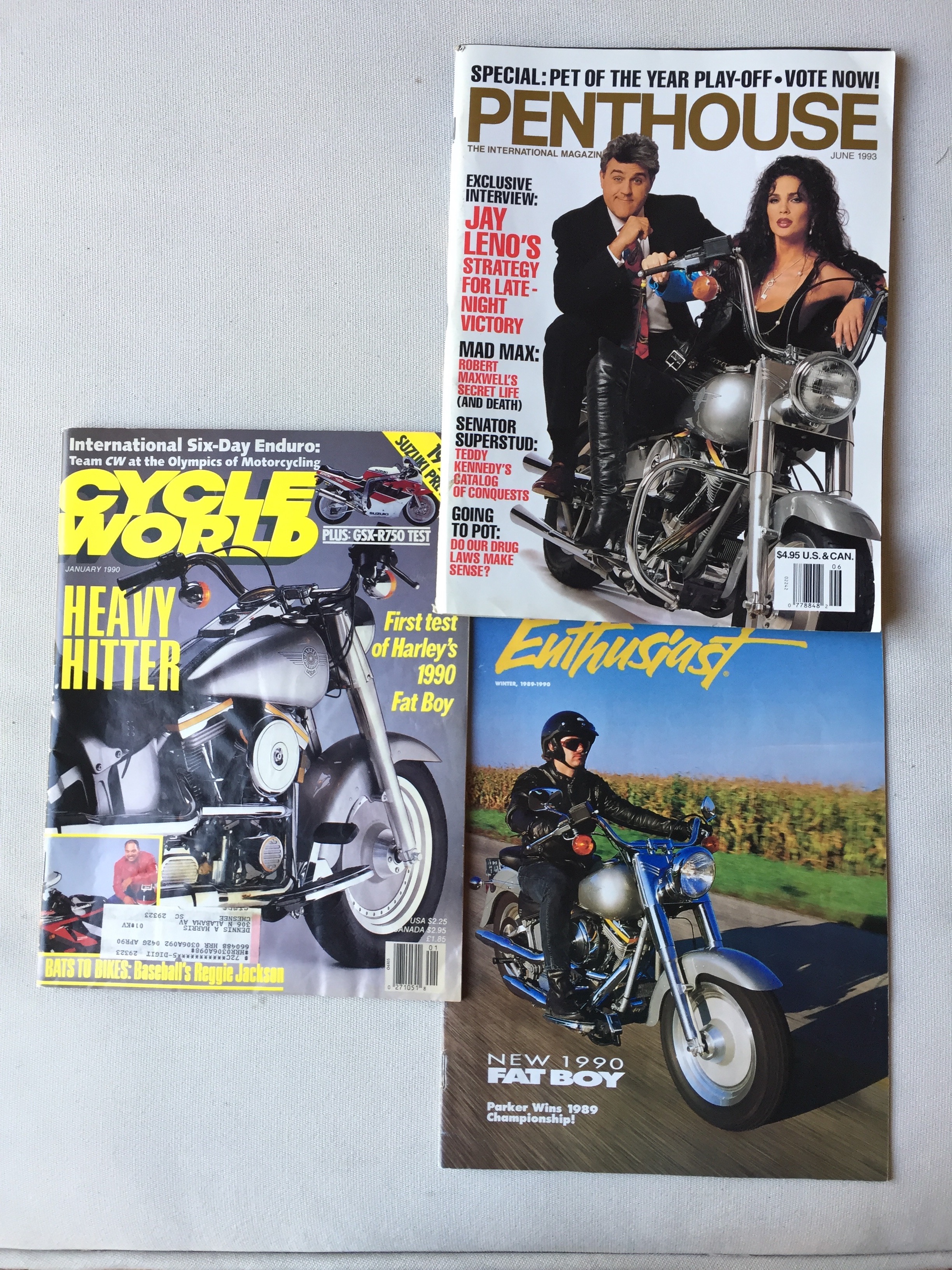 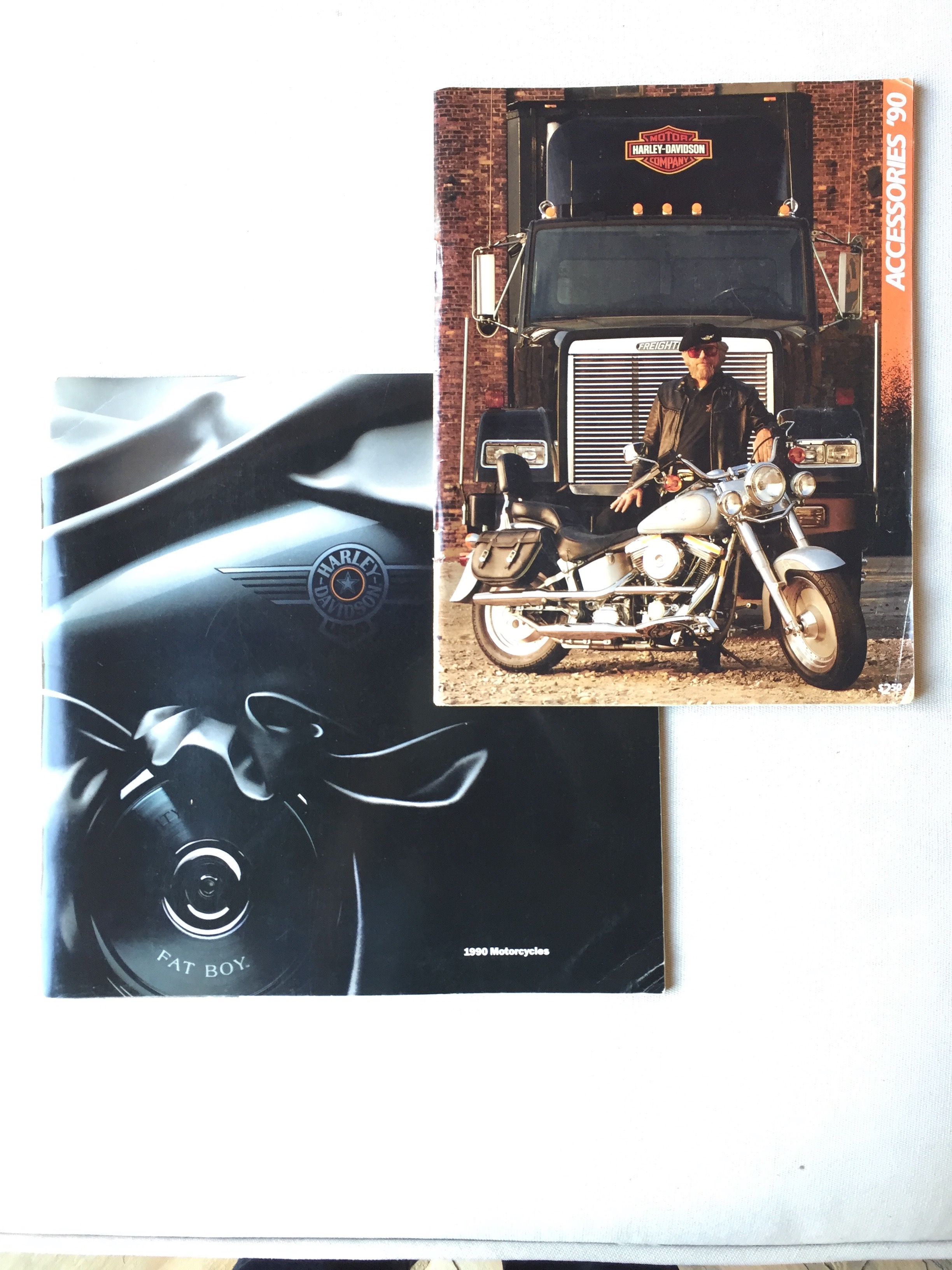 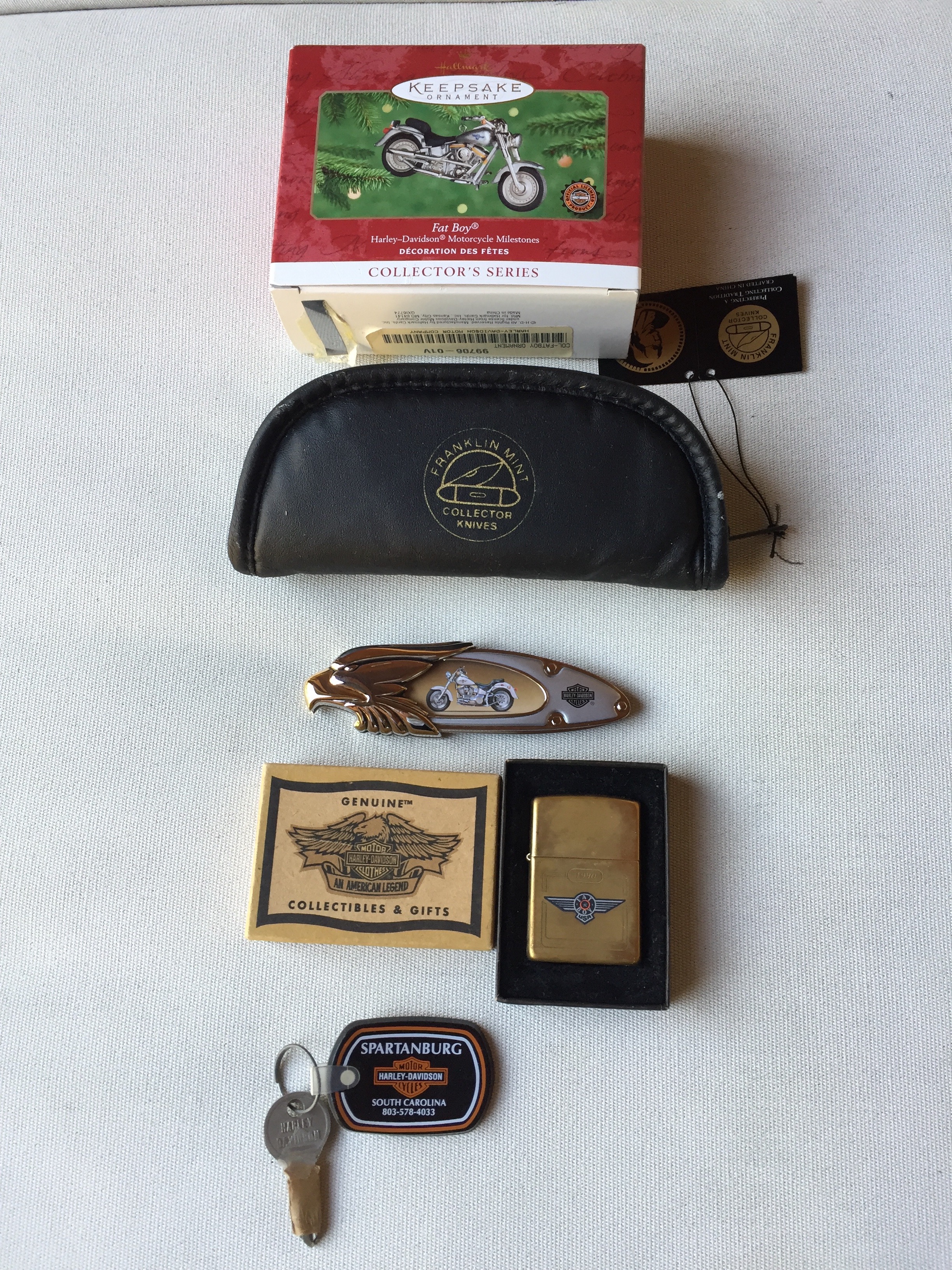 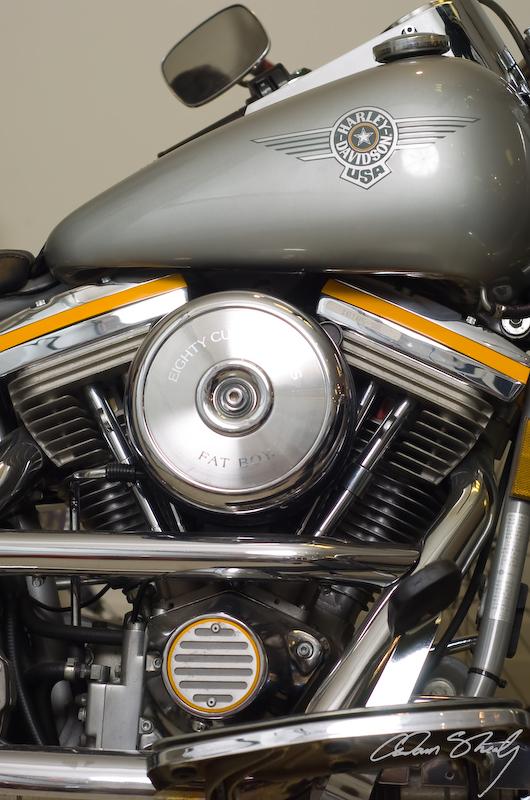 90 Fat Boy. Bought this one in 1991 with 1200 miles. Sold new in Spartanburg to a woman. It has 3000 miles now and is still original including the original tires.

1990 was the first year of the Fat boy and it is also a unique year. The 90s were all silver with a silver frame, non-painted motor and the yellow rocker box spacers. There were several other yellow rings on the bike.

The US military paints yellow rings around bombs that are live ammo, so the silver with yellow may signify something. The unverified story is that Harley-Davidson Motor Company named the Fat Boy after the two atomic bombs used in WWII, Fat Man and Little Boy. The name and the yellow rings have always perpetuated the story that this was a signal to the import manufacturers that HD was back and a force to contend with again in the motorcycle market.

To the best of my knowledge, there were about 4000 made in 1990. The next year, Fat Boys all had the black frame, black painted motor, and no yellow accents.

Since the 90 models were rather plain compared to the later models, most people modified them, adding paint, chrome, and accessories. Original 90 Fat Boys are very rare.

I have all the books, ads, cigarette lighter and other FB material from that year. Even a Playboy with Jay Leno and a 90 FB on the cover.